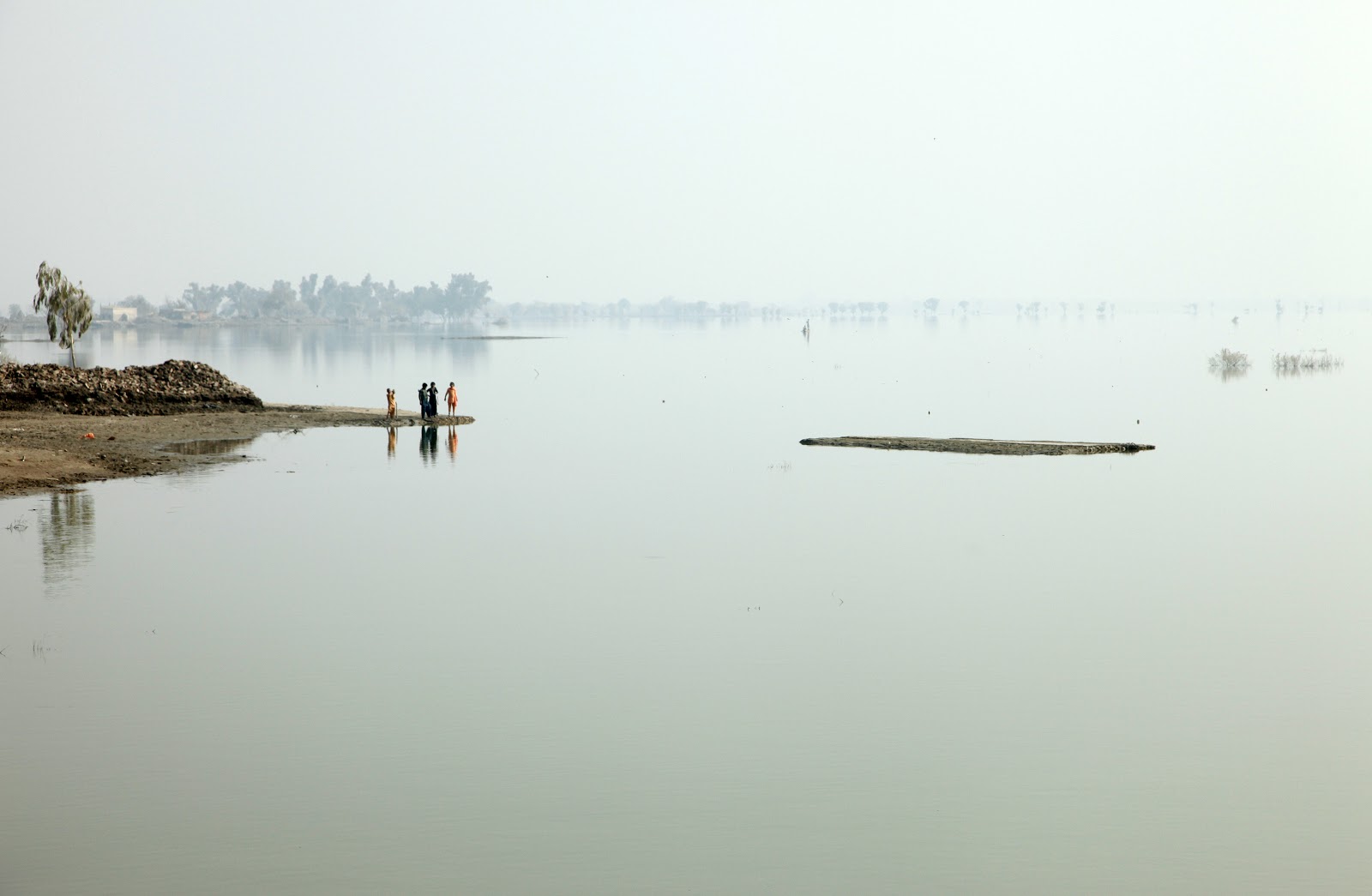 Climate change is a formidable and growing threat to South Asia. The region comprises less than four percent of the world’s land area but is home to more than 21 percent of the world’s population. It is geographically diverse, containing both the Himalayas and the low-lying Maldives–the former prone to glacier melt and the higher temperatures that come with increased elevation, and the latter already threatened by rising sea levels. Droughts, cyclones, monsoons and floods: all extreme weather phenomena which are becoming increasingly common due to climate change. Due to the severity of these effects, each government within South Asia accords serious weight to both tackling carbon emissions, and to creating strategies for responding to climate-related disasters. However, if cooperative methods are not used to achieve this, the interwoven issues of conflict and climate change are set to engulf the region.

Since 1984 the Siachin Glacier, which stands at 18,000 feet above sea level, has hosted around 10,000 soldiers from Indian and Pakistani troops, the result of a territorial dispute. Around 2,400 lives have been lost in this stand-off; however, most of these deaths have been the result of avalanches and other natural phenomena made increasingly common by global warming-induced ice melt. Worse still, as glaciers continue to melt at the site of this ‘frozen conflict’, toxins are carried downstream on the Indus River, threatening the very farmland which the soldiers are supposedly protecting. Demilitarisation of the glaciers is urgently needed, both to protect lives and to prevent further degradation of the environment.

Not only are bilateral conflicts aggravating the effects of climate change, as in Siachin, but climate change is also contributing to already high tensions between countries. Natural disasters (increasingly common due to global warming) wreak havoc on state institutions, which translates into threats to political stability. The loss of life and livelihoods induced by a flood or hurricane causes tensions to heighten and leaves citizens with less and less to lose by renouncing law and order. In 1970, a cyclone tore through East Pakistan, leaving behind not only physical ruin, but also civil disorder as residents finally let their grievances with the Punjab-centric Pakistani state boil over. A full-scale civil war erupted, resulting in which resulted in the creation of the new nation-state of Bangladesh the following year.

Not only are bilateral conflicts aggravating the effects of climate change, as in Siachin, but climate change is also contributing to already high tensions between countries.

Disasters also tend to cause large-scale displacement, adding to the already substantial number of South Asians forced to abandon their homes due to a scarcity of food, water and land as a result of climate change. In Bangladesh, depletion of groundwater caused by temperature increase is making the earth physically sink. This both exacerbates flood risks (already a major problem for the country) and leads to intrusion of salty water into the drinking-water supply. 70 percent of the 400,000 people who migrate to Dhaka from within Bangladesh each year are estimated to be climate refugees. Yet Dhaka cannot sustain this influx for very long, and soon Bangladeshis will be compelled to move across borders in search of a safer home.

If new legal agreements are not quickly established between nations to meet this rapidly developing issue, a double-fold threat will arise. First, if bilateral relations have been historically dominated by suspicion and distrust, an influx of refugees from one country into another is likely to increase social tensions within communities, sparking violent clashes which could escalate to the national level, leading to all-out war. Furthermore, if no legal framework is established between nations, and refugees are forced to seek entry into a country by illegal means, they are vulnerable to exploitation by gangs of drug-smugglers and terrorist groups, which both pose serious threats to national security and international peace.

Climate-induced migration triggers are not only present in Bangladesh. In the 2009 floods which displaced one million Bangladeshis, 1.5 million Indians from the state of Assam also became homeless. In the following year over 20 million Pakistanis were forced from their homes, again by floods. Pakistan also suffers from increasing food scarcity. As temperatures have increased, desertification has spread, with dwindling agricultural yields heaping further pressure onto the population, almost half of whom are already suffering from food insecurity. A report by the GMACCC also predicts significant migration from Sri Lanka, the Maldives and Nepal into neighbouring South Asian states. No state has the resource capacity to accept more citizens through into its borders. Therefore, cooperation is essential to soften the impact of demographic shifts from climate-induced migration.

So, what are the prospects for cooperation so far? Recently, a joint action plan was agreed upon by India and Bangladesh to defend the Sundarbans, the largest mangrove forest in the world (a World Heritage site) and an essential natural defence against sea level rise which threatens coastal communities. There is also already a potential forum for multilateral cooperation, which has been functioning for over 30 years, where similar cooperative initiatives could be carried out by all seven countries in the region: the South Asian Association for Regional Cooperation. However, tense Indo-Pakistani relations have recently caused pessimism about this arena for cooperation on climate change. Following the September 2016 Uri attack on an Indian army base in Kashmir by suspected Pakistani militants, India announced that it would boycott the summit scheduled to be held in Pakistan later that year. It was followed into this boycott by three other countries, leading Pakistan to cancel the summit completely.

These bilateral tensions have even corrupted the Indus River Treaty, which until 2016 had been a largely successful model of cooperation between the two countries -- annual meetings continued as scheduled throughout the Indo-Pakistani wars of 1965, 1971 and 1999. However, declaring that “blood and water cannot flow together”, Indian Prime Minister Narendra Modi responded to the 2016 Uri attack by announcing plans to accelerate the construction of dams in Kashmir on rivers which flow into Pakistan, and to suspend the Indus Waters Commission which is responsible for managing disputes which arise over the treaty.

Yet this bilateral breakdown need not spoil prospects for future cooperation. The Indus Treaty had been successful for so many decades because of three principal reasons. First, unrelated political issues had been kept completely separate from the operations of the treaty. Second, data concerning the riverways (which to this day is still considered “sensitive”) had been shared transparently and freely. Third, a hierarchy of conflict resolution mechanisms was established involving arbitration by independent adjudicators. There is no reason why these tenets of cooperation could not be replicated with respect to climate change.

Unlike territorial conflicts, if climate change is not addressed there can be no winners, only losers. Either cooperation through climate change can flourish, promote stability in the region and the pursuit of a mutually beneficial goal, or blood will flow. It remains to be seen which course South Asia will follow.