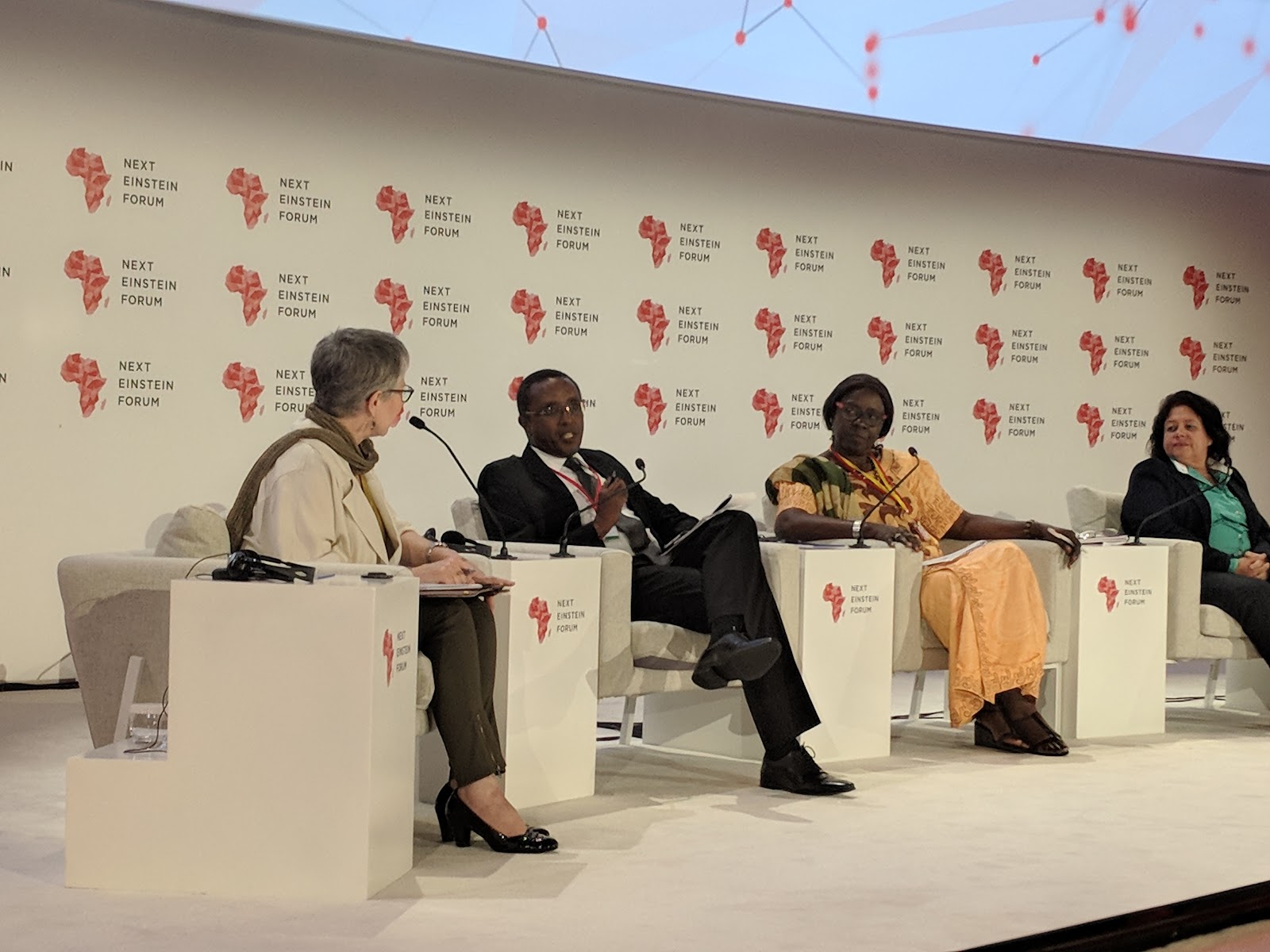 In March 2018, around 1,600 people gathered in the Rwandan capital of Kigali for the second Next Einstein Forum (NEF), a science and technology event which hosted a keynote speech by Rwanda’s President of 18 years – Paul Kagame. This event also witnessed the launch of Africa’s first scientific journal, The Scientific African. This event came following many years of investment from the Rwandan government in education and information technology. The government’s aim is to overcome the landlocked country’s physical remoteness by covering the country with a network of fibre optic cables. The success of these policies is reflected by the number of internet users in Rwanda surging from 5000 in 2000 to 3.7 million in 2015, an impressive 31.9 percent of the population, and a mobile penetration rate of 76 percent in 2018.

At this conference, Kagame refuted critics of Rwanda’s policy of investment in ICT education, saying “When we started investing in ICT around the year 2000, many people thought it was a joke. They would say ‘how can you start investing in ICT when people have no food, no education, no access to hospitals?’” According to the World Bank and other development indicators, Kagame appears to be justified. Since 2000, Rwanda has averaged 7.6 percent annual GDP growth; 97 percent of children now attend primary school; 29 higher education institutions now exist, up from one in the year 2000; people drive on the streets without worry of corrupt traffic police; all citizens have basic health insurance; and the government continues to pursue data-driven policymaking, with ministers held accountable to measurable targets.

Rwanda, in stark contrast to its neighbours, including the likes of the DRC, Uganda, and Tanzania, has had much success in curbing corruption and cultivating a rule of law. Ministers and police officers are among many who have been tried and jailed for corruption. The watchdog Transparency International says that Rwanda is less graft-ridden than Greece or Italy. Furthermore, Rwanda does not seem to have progressed at the cost of gender equality. Ventures Africa, a news outlet based in Nigeria, states that local councils and non-profits are “dominated by women who intend to ensure that Rwanda does not return to the days prior and just after the genocide”. Kagame even stated, “If oppressed women should wage a war, I would readily smuggle ammunition to them, for it would be a justified war”. Additionally, Rwanda has one of the highest rates of female labour force participation in the world at 86 percent, with women also getting three full months of paid maternity leave – in part thanks to a parliament that is representative: two thirds of parliamentary ministers in Rwanda are women.

Rwanda, in stark contrast to its neighbours, including the likes of the DRC, Uganda, and Tanzania, has had much success in curbing corruption and cultivating a rule of law.

Conversely, not everything is so peachy about Rwanda’s post genocide development. Kagame has always won more than 90 percent of the vote, and opponents are often prevented from campaigning and harassed. Moreover, a constitutional term limit that would have ended his 2017 campaign hopes was amended by a referendum, in which 98 percent of voters supported extending term limits so his presidency can continue to a maximum of 2034.

These practices, both in terms of effective economic policy and one-party rule, have been learned from the likes of Singapore and China, where single party rule has provided a stable government that developed society efficiently, but at a cost to personal and social freedoms. This learning stretches from economic and educational policies that drive the country towards a knowledge-based economy, policies on corruption, and an obsession with clean streets. Visitors to the capital, Kigali, are often surprised by the carefully ordered traffic, spotless roads, and absence of rubbish; although Kagame hasn’t gone quite as far to follow Singapore’s infamous chewing gum ban, he has outlawed plastic bags.

These practices, both in terms of effective economic policy and one-party rule, have been learned from the likes of Singapore and China, where single party rule has provided a stable government that developed society efficiently, but at a cost to personal and social freedoms.

The parallels between Rwanda and Singapore and China are not coincidental. Rwanda created the ‘Kigali Special Economic Zone’ – modelled on China’s Special Economic Zones which led to rapid development during Deng Xiaoping’s ‘Open Door’ Policy. Kagame refers to Rwanda as the ‘Singapore of Africa’, and cultivates Singaporean expertise on everything from urban planning to the police. A year after China reopening its embassy in Kigali in 1994 – the first country to do so after the 1994 genocide – Rwanda sent a delegation to China to study the country’s economic development. This relationship continues: members of the ruling Rwanda Patriotic Front went to Beijing in 2015 to study the Chinese Communist Party’s (CCP) leadership structure, and hundreds of Rwandan students are hosted on scholarships to study in China every year.

Rwanda’s ambassador to China during that state visit, Rugaba Silas, said that “The part that Rwanda wanted to learn was how China managed to grow despite its history. It’s not a matter of Rwanda emulating exactly what China did but understanding the logic behind why China did not fail when it had such a complicated, bloody history”.

China’s President Xi Jinping, prior to his 2018 visit to Rwanda, echoed this in Rwanda’s leading newspaper The New Times, “Both our two countries endured great sufferings in history. That is why we cherish the national stability, ethnic unity and economic development we now enjoy, and take pride in what we have accomplished along the way".

Kagame himself was asked about Lee Kuan Yew (LKY) soon after the Singaporean founding father’s death. He responded “Evidently, an inspiration. A great man, driven by great principles and who achieved great things with a small country. LKY has transformed Singapore and the lives of his people. This is also what we are doing in Rwanda".

However, even LKY’s methods of controlling the press have been learned. In Rwanda, Article 38 of the Constitution states that “Freedom of press, of expression, and of access to information are recognised and guaranteed by the State”. However, the press is often limited, in an almost identical fashion to Singapore, using laws that criminalise any media that breed hate or genocidal ideology, incite insurrection among the population, threaten national security, or are deemed genocide denial.

The models of governance adopted by China and Singapore that prioritise stability and economic growth over personal and social freedoms have long been praised and critiqued by many, and a similar discourse has begun among Africans – with some encouraging other nations to learn from Rwanda while others stress the civil liberties that have been lost since Kagame’s rise. Ultimately however, Deng Xiaoping and LKY were both lionised not only because of their ability to achieve higher standards of living and economic growth, but because they were rare examples of autocrats who managed to develop institutions – although often reliant on the ruling party – that nonetheless have outlived their own rule. The question still stands however, whether Kagame will be able to achieve that same goal. Rwanda, in the footsteps of Singapore and China, offers the world a new exemplar of governance policy, which, as the first of its kind outside Asia, suggests a shift in notions of ideal government.