Surfacing Dissent: The Myth of a Global Rules-Based Liberal Order 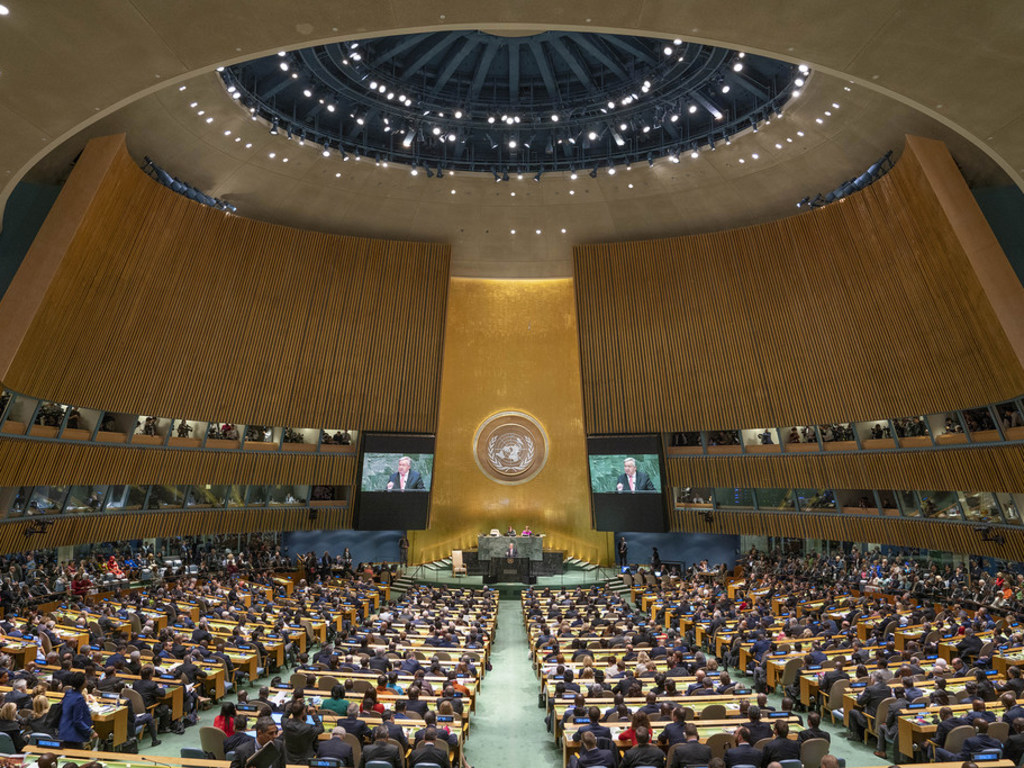 Enter 2018: Trump, Brexit and the rise of China. Fears are emerging about the collapse of the liberal order and what a new world order in geopolitics would look like. Yet, the underlying questions we actually ought to answer are whether there was ever a stable order to begin with, and why those in the West so readily accept there was.

1989 brought with it the fall of the Berlin Wall, symbolising the end of the Cold War and the ideological triumph of liberalism. Institutions founded on liberal principles, such as the World Trade Organisation, the collapse of authoritarian regimes across Latin America in the 1980s, and economic globalisation created a popular perception of a global rules-based liberal order. Such an order, seemed to be legitimised by the promises of a freer, fairer world. But was this order ever stable, or even universally accepted?

Recent unilateral claims to geopolitical power lie outside this framework. China’s 2018 formal declaration of ‘the Nine-Dash Line’ in the South China Sea and Russia’s 2014 annexation of Crimea have raised fears that this old global order is being challenged. This is mistaken: what we are witnessing is only a more vibrant competition for influence, enabled by the decentralisation of power away from the West. Geopolitics is not a sequence of orders: it is dynamic and has players who make their own rules.

The election of US President Donald Trump in 2016 seemed a further nail in the coffin of the global order. Yet this serves to highlight a key problem in the conception of the ‘old liberal order’: US hegemony. Whilst effective in enforcing a rules-based system, US hegemony fails to amount to a liberal order. The establishment of an ‘order’ requires a more stable foundation than mere unipolar dominance. It also needs (near) universal legitimacy, which, if perpetuated by and dependent on the whims of a single state, will not be achieved. International legitimacy instead arises from recognition by sovereign states that there are certain norms of interstate conduct, which conform to their own national, social and cultural norms. It is clear the ‘old liberal order’, founded primarily on Western norms, fails to achieve this recognition.

The 1815 Congress of Vienna founded the ‘rules-based system’ on the principles of openness in trade, multilateralism, cooperation on security, and rights protection. However, since then, the concept of a liberal order has evolved dramatically, with the hegemonic role of the US adding more profoundly ideological elements to it, particularly during the Cold War. This is important in assessing its legitimacy. Nations which participated in the evolution of the global liberal order can be seen to have given a different type of consent to those that, after the fall of the Soviet Union were faced with the fait accompli of US Hegemony. In its essence, the liberal world order was born in the West as a subsystem of international relations, and then globalised with no alternative. So how can such a system gain legitimacy beyond its founders?

In its essence, the liberal world order was born in the West as a subsystem of international relations, and then globalized with no alternative.

No ideological rival after the collapse of the Soviet Union has attempted to build an alternative order based on their national code of conduct. Does tacit consent to American hegemony count? For many states non-conformity was not an option. The guardianship of international institutions was key to domestic legitimacy after decolonisation. The newcomers to the international system of the 1950s-60s were locked under the patronage of institutions, such as the UN and the World Bank, which they did not participate in creating.

Nor can the guarantee of reciprocity be taken as foundation for legitimacy. With the US left as the only remaining superpower post-1991, circumventing the rules in the interests of ideology and political expediency was all too easy for US hawks. Military intervention under the guise of the Freedom agenda, without UN backing, proved that the ideological component of the US’ order had become more important than the promise of rules-based stability. The Bush administration’s invasion of Iraq without a second Security Council resolution to legitimise the intervention serves as a key example.

Tensions in the Arctic circle provide further examples of this inequality. Due to melting polar ice, the region, rich in resources and increasingly viable trade routes, has become a scene for competing territorial claims. These are legal disputes rather than imperialistic claims, based on claiming Exclusive Economic Zones under UN law. In that sense, the Arctic landscape seems to conform with the ‘global rules-based system’. However, the actual conduct of nations in the Arctic illustrates that it is not so simple. The 1985 tensions caused by a US icebreaker entering Canadian waters in the Arctic show an American willingness to circumvent rules for expediency. Meanwhile Russia’s recent revival of abandoned Soviet-era military facilities and increased regional military presence risks stability for a show of force. China’s ambition to build a ‘Polar Silk Road’, despite having no legal territorial claims, shows the nation will use its status as a global powerhouse to gain a foothold outside of a legal framework. The current frictions are not an unprecedented rejection of the rules-based system; they exemplify that the ‘rules-based order’ never applied to the world’s most powerful actors to start with, and that they are again willing to prioritise self-interest over legal niceties.

Ultimately, a framework of rules cannot be the norm in geopolitics. Some rules inevitably go unenforced and legal ambiguities turn into loopholes for countries seeking to expand global influence. China is cloaking its South China Sea claims in legal ambiguity, claiming them as ‘offshore waters’ rather than ‘territorial sea’. It has thus managed to operate in a grey area between failure to comply and outright non-compliance, as was ruled by the UN in Philippines v China 2016. In these cases, reality is far from the concept of a ‘rules-based’ order and a permanent commitment to a forum for geopolitical conflict resolution.

The current geopolitical stage is now much more decentralised, when compared to the Cold War’s bipolar world, and the US-led liberal order is being increasingly challenged. Nevertheless, it is a dangerous, and Eurocentric assumption to view the world that is emerging as a ‘new order’. For many countries, who in the face of US hegemony, were bound to comply, there was no established ‘old order’ to begin with. A stable and near-universally legitimate structure has never been achieved. It is inherent to geopolitical dynamics to prevent stability and uniformity of conduct: as long as there are nation states and no global government, heterogenous histories and cultures cannot achieve a unified concept of legitimacy. The Western rules-based order has never been a global rules-based order.