The New Middle-East: Order or Chaos? 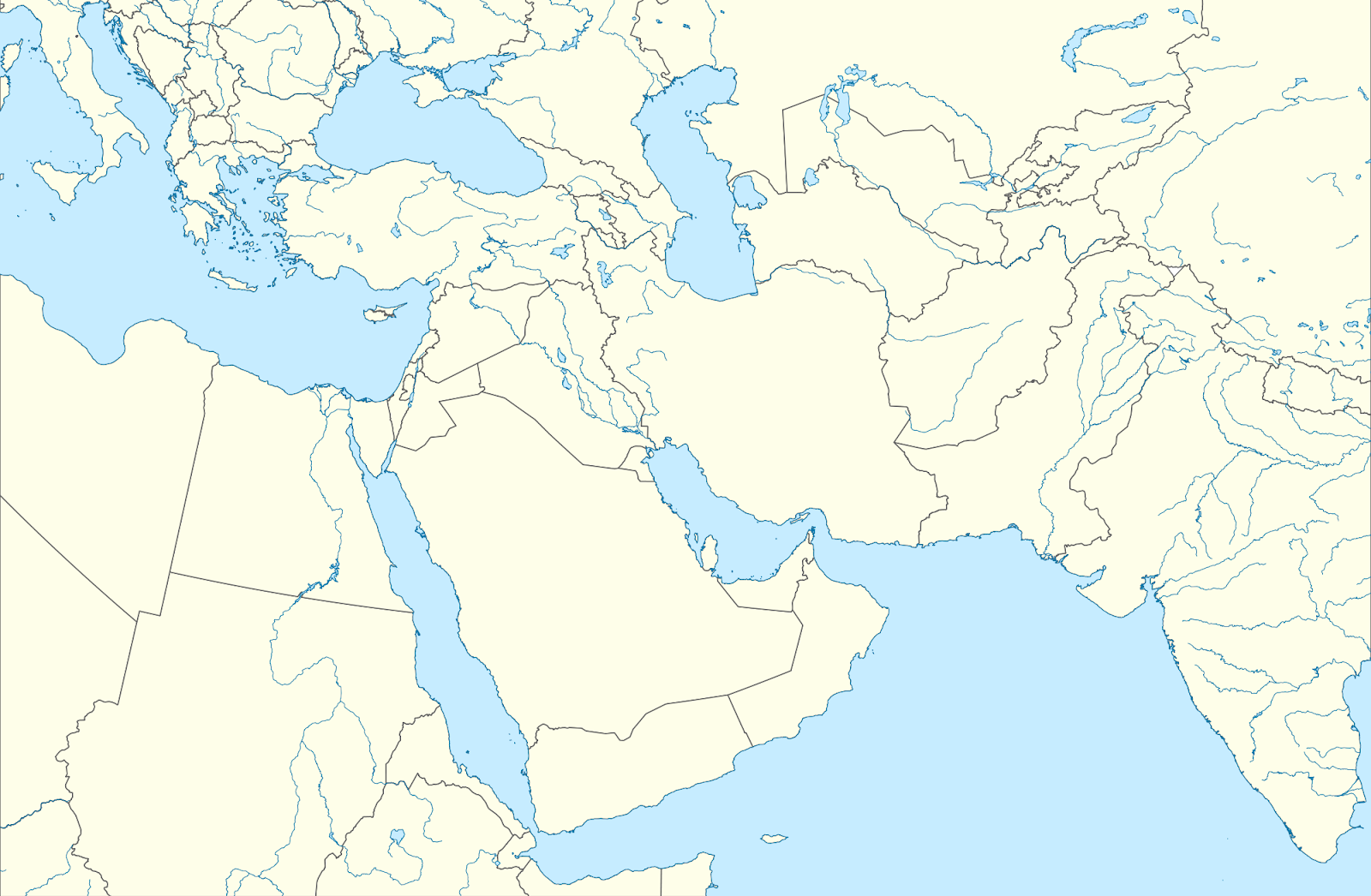 “History is a cyclic poem, written by time upon the memories of man”. Percy Shelley

In 1956 geopolitical reality collided with the illusion of Anglo-French hegemony over the Middle East. Much of the world map was still imperial pink, but the sun had long ago begun to set on the empires of old. Just as the Anglo-French order crumbled after the disastrous Suez Crisis, post-Cold War American unipolarity in the Middle East is destined for the same fate. As the old order collapses, competing regional and global powers are vying to ﬁll this power vacuum and it is becoming increasingly apparent that the new order in the Middle East will be anything but orderly.

The Iraq War marked the beginning of the end. Since 2003, the US and her allies have suﬀered blow after blow with increasing frequency. Tension between American allies erupted last year when a Saudi-led coalition abruptly severed diplomatic relations with Qatar, the Gulf kingdom which hosts the largest US military facility in the region. The role of American advisors in the bombardment of Yemen, the Middle East’s poorest nation, has further tarnished its reputation in the region. UN Secretary-General, António Guterres, has accused the Saudi coalition of contributing to “the worst humanitarian crisis since the Second World War”. A botched intervention in Libya and the collapse of Syria’s rebel opposition have further made the end of American hegemony seem imminent.

History does not, however, happen overnight. The US is too thoroughly embedded in the region’s geopolitical fabric to be displaced in a matter of years, in spite of the growing journalistic tendency to dramatise American decline. US military spending still outstrips that of the next 7 nations combined. Immense cultural inﬂuence and popular democratic political values mean American soft power remains unrivalled, allowing her to continue building alliances across the globe. Despite this, the downwards trajectory of American hegemony, a historical anomaly brought about by the Second World War, is clear. Protected by two oceans and stimulated by government spending on armaments, American industry pulled ahead whilst the competition tore each other apart. As this economic gap naturally closes, in what Richard Baldwin calls “the Great Convergence”, unipolarity is making way for multipolarity from Eastern Europe to the South China Sea. As this new order forces global powers to turn their attention towards their immediate surroundings, agency in the Middle East will revert to local actors. However, unlike Southeast Asia, for instance, where China is the natural hegemon, the Middle East lacks a comparable candidate. Power has historically oscillated between Turkey, Iran and the Arab nations, and appreciating these local actors’ idiosyncrasies is key to understanding the emerging regional order.

As this new order forces global powers to turn their attention towards their immediate surroundings, agency in the Middle East will revert to local actors.

Before 1914, the term ‘Middle East’ was virtually unknown in the west. For centuries, the Ottoman Turks ruled the lands from the Sahara to the Zagros mountains, and the Empire’s abrupt dismemberment by the Treaty of Sèvres in 1920 still looms large in the Turkish psyche. It is this ‘Sèvres Syndrome’ that President Erdoğan has exploited to consolidate his grip on power since 2016’s attempted coup. His purge of state institutions and stranglehold on the media and judiciary have nudged Turkey towards militarism and authoritarianism. Neo-Ottoman revivalism has been fuelled by the occupation of Afrin in northern Syria and frequent incursions into Iraqi Kurdistan, all ostensibly to counter Kurdish militant groups. However, despite boasting a dynamic economy and an advanced NATO-integrated military, Turkey’s Achilles heel is its 15-million-strong Kurdish minority. Since Turkey prevented aid from reaching the ISIL-besieged Syrian Kurdish city of Kobani in 2015, ongoing clashes between the Turkish military and Kurdish militants have, according to the Crisis Group, led to over 4,000 deaths. Regional competitors such as Iran have often exploited militant groups like the PKK to undermine Turkish stability, illustrating why Turkey’s solid economic and military platform will not guarantee it the same hegemony the Ottoman Empire exercised for so long.

Millenia before the Ottoman Turks ruled the Middle East, Cyrus the Great founded the First Persian Empire. It expanded out of the Iranian plateau to stretch from the Balkans to the Indus Valley. Modern Iran shares old Persia’s fortress-like geography and ethnolinguistic homogeneity. Combined with a coherent revolutionary Islamist ideology, these credentials illustrate why Iran’s claim to the regional throne merits attention. Iran amassed substantial inﬂuence in post-2003 Iraq by supporting the Shia majority Saddam Hussein had brutally oppressed. By aiding elements of the Iraqi paramilitary Popular Mobilisation Forces (PMU) in their ﬁght against ISIL, Iran consolidated its position, with the PMU-backed, pro-Iran Fatah Alliance coming second in recent Iraqi Parliamentary elections.

In Syria, Iran has committed capital and manpower to successfully propping up Bashar al-Assad, although urban protests in early 2018 demanding these resources be redirected revealed the domestic cost. Hezbollah, a militia-cum-party founded by Iran during the Lebanese Civil War, even inﬂicted a rare stalemate on arch-rival Israel in 2006. It seems that Iranian dreams of a ‘Shia Crescent’ stretching across the Levant to the Mediterranean are slowly being realised. However, a sanction-laden economy, domestic discontent and intensifying regional disquiet all mean Iran’s march towards regional hegemony will not go unopposed.

It is said that only two men have ever managed to unify the Arabs; the Prophet Mohammad and Lawrence of Arabia. Despite this, growing Iranian and Turkish assertiveness has put the pressure on Arab nations to present a united front. In Iraq a nationalist revival is in its embryonic stages. Cleric Muqtada Al-Sadr won a plurality of seats in the fractured unicameral legislature by rebranding himself as a cross-sectarian nationalist opposing both Iranian and American meddling. He even met with Saudi Crown Prince Mohammad Bin Salman (MBS) despite deep-seated sectarian animosity. MBS sees extending Saudi inﬂuence in Iraq as part of a wider security strategy entailing economic diversiﬁcation and social modernisation at home. Though superﬁcial progress has been made, such as the much-publicised lifting of the ban on women driving, the prince’s reckless behaviour means Saudi Arabia is struggling to rival Iran and Turkey. The recent murder of journalist Jamal Khashoggi is a case in point. General Sisi is too preoccupied with rooting out the Muslim Brotherhood to return Egypt to the days of Gamal Abdel Nasser when it was the cultural and economic centre of the Arab world. Meanwhile, half of Syria’s population has been uprooted in an appallingly brutal civil war. The Arab Spring belied a burning popular desire for reform; unless Arab leaders can harness this mood, they will struggle when American withdrawal from the region leaves them exposed.

As world economies converge and US hegemony in the Middle East erodes, unipolarity will make way for a more localised and unpredictable theatre of international relations. This transition will provide an informative case study for the ﬁeld of International Relations; the merits of myriad ideas ranging from the ‘balance of power’ theory to ‘hegemonic stability theory’ could be put to the test. The Middle East has developed a reputation for being chaotic, and as raison d’état coaxes its powers closer to conﬂict, this is unlikely to change when the new ‘order’ emerges.